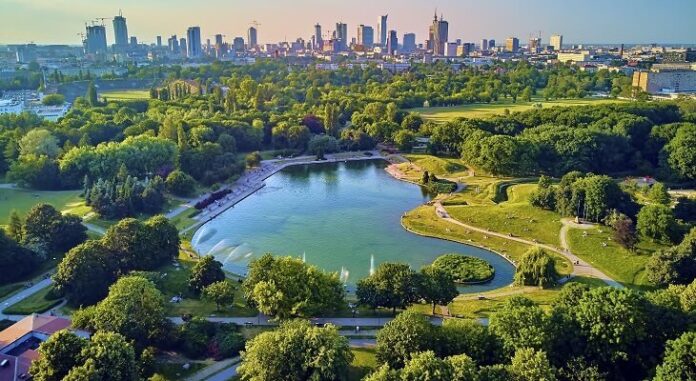 Sustainable cities, eco cities, green cities, smart cities – different terms, but one goal and idea: to meet the needs of citizens in such a way that the cities will serve not only us, but also future generations.

For the first time in history, the majority of Earth’s population lives in cities and urban areas. This trend will continue to grow – it is predicted that by 2050, urban dwellers will already make up 70% of the population (Statista 2021 study: in 2020, it was 56.2%).

As we know, urban living brings with it many benefits and provides incredible opportunities for development.

At the same time, however, we must not forget that it is the ever-increasing level of urbanization that has significantly contributed to the current level of environmental degradation. This is not a new conclusion, and already in the 80s of the twentieth century, people began to look for ways to reconcile the dynamic development of cities with the protection of the planet and effectively counteract the effects of climate change.

This is how the idea of sustainable cities came about, directly derived from the concept of sustainable development. The term first appeared in the report “Our Common Future”, produced by the United Nations World Commission on Environment and Development in 1987. What exactly are “sustainable cities”? What goals do they pursue? What does it look like in practice? You will read about it below.

The idea of sustainable cities assumes that urban spaces are developed in such a way as to meet the needs (collective and individual) not only of their current inhabitants, but also of those who will come after them. In other words, it is about such solutions that will not degrade the current space and natural conditions, but give a chance for the same (or higher) standard of living to future generations.

The idea in practice 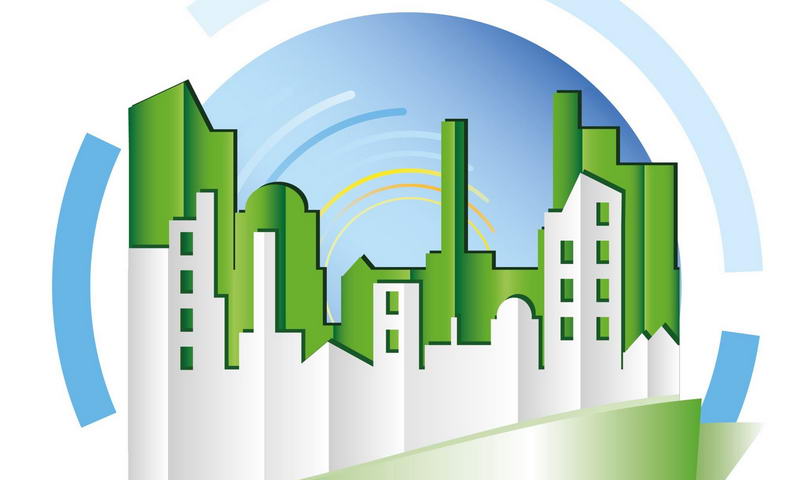 Sustainable cities (also known as eco-cities, green cities, smart cities) do not become such from one day to the next, but are the result of long-term actions resulting from the implementation of a coherent local policy. However, there is no single definition and set of indicators of a sustainable city. Each urban center has a different specificity, natural conditions and needs, therefore, the methods may be slightly different.

As the researchers of the subject indicate, what links the realization of the idea of sustainable cities are activities in three main areas: social, economic and environmental.

Some of the most frequent actions in this area are: development of green areas, implementation of zero-emission forms of public transport (e.g. city bike systems, electric and hydrogen bus fleets, use of renewable energy sources in the urban economy or designing urban spaces with the so-called walking distance, i.e. in such a way that they offer all the necessary services, as well as places of work, entertainment and relaxation in the immediate vicinity of residential buildings.

Every year a number of rankings and reports are published indicating the most sustainable cities. One of the most recent rankings is the Schroders European Sustainable Cities Index 2021. Amsterdam tops the list of 59 cities analysed, followed by London and Paris. Further places were taken by the following: Copenhagen, Oslo, Stockholm and Berlin. Full list and detailed information about the methodology of the survey can be found here.

In Poland the Arcadis Ranking of Polish Sustainable Cities is conducted.

The study conducted among 50 largest cities, takes into account the three main areas of sustainable development: respect for own needs (economy), residents (society) and common needs (environment). In 2021, the list of winners was opened by Warsaw, second place was taken by Toruń and third – by Zielona Góra. The top five also included Rzeszów and Poznań. How did other Polish cities do? We invite you to read the full list.

Electromobility (e-mobility, electric mobility) is the general term for the development of electrically powered engines. The goal is to move away from the use of fossil fuels and carbon gas emissions in vehicle design.

All e-mobility vehicles are based on the idea of electricity as a “fuel”. This approach is considered forward-looking. Considering the entire energy chain, only electricity provides efficiency benefits and, as long as it comes from renewable sources, a significant reduction in CO2 and greenhouse gas emissions.

A solution for the future?

Electromobility has become one of the most promising technological solutions. It replaces fossil fuels and can power most forms of personal and public transport. Parallel investments in charging infrastructure are essential in creating the conditions for cities and regions to transition to low- and zero-emission solutions. 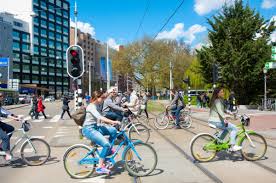 Due to the nature of electromobility vehicles and their high efficiency over shorter distances, electrification of public transport infrastructure is an area of great potential. A number of public transport modes, including buses, are already largely e-mobile.

Long-distance and heavy travel is less suited to e-mobility. However, electric road systems for trucks are already being implemented in many EU member states.

In Sweden, for example, the innovative EVolution Road electric road project is under development. It is supposed to automatically detect and charge electric vehicles, including battery buses, as they travel along it. At the moment, it seems that only air travel will remain dependent on liquid fuels.