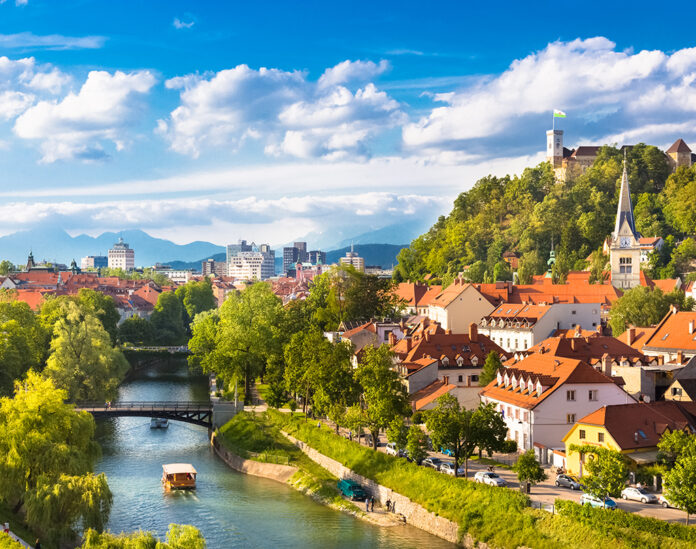 What is a sustainable city? Example of Ljubljana. Ljubljana, which became the Green Capital of Europe in 2016, today presents its success story. It achieved it by, among other things, giving the center back to pedestrians and cyclists, breaking records in the levels of selective collection or expanding the already numerous green areas.

It would seem that since three quarters of Ljubljana’s area is green, the city should be called a green capital by itself. However, the real green transformation took place only in the last 10-15 years. From the report(1) prepared within the framework of the “European Green Capital” project, we learn what distinguishes the capital of Slovenia from other cities.

These green areas include water bodies, forests, urban gardens and even those of a cultivated nature – it gives almost 550 sq. m of greenery per one inhabitant of 280 thousand Ljubljana. In addition, 20 percent of the city is a protected area.

The city, aware of its natural wealth, has focused on its maintenance and protection, but also on reclamation and revitalization of post-industrial areas.

In recent years, over 2,000 trees have been planted in the capital (now there are over 12,000 in total), five new parks have been built and the banks of the Sava River, which flows through Ljubljana, have been revitalized. Besides, in 2010 the city declared a special designation of 1400 hectares of forest as a carbon sink. Today, the forest makes up almost half of Ljubljana and practically “invades” the city center. On average, each inhabitant has no more than 300 m to elements of urban greenery (including pocket parks).

The city focuses on bicycles and alternative vehicles

In addition to increasing the accessibility of green spaces, great progress has been made in the field of sustainable transport. Ljubljana has gone from being a city once dominated by car traffic to a place where it is easy to get around on foot and by bicycle, especially in the city center (last year it was ranked eighth in the world among bike-friendly cities). 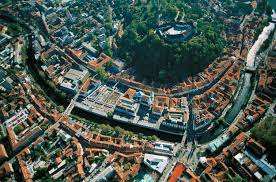 This involved a complete reorganization of traffic on the city’s main street. Public transport in Ljubljana has also become more “green” – since 2016, 30 CNG-powered buses have been running on the city’s streets (they make up a third of the fleet today).

Drivers, in turn, are increasingly motivated to acquire electric vehicles, as 80 charging points have already been made available to them. In Ljubljana you can also use electric car rentals or take a free ride on one of the meleks that run through the old city center.

Ljubljana is one of the few European capitals with naturally clean water – so clean that it does not need to be treated. The sources of drinking water, which is also rich in magnesium and calcium, are located directly under the city and in its close vicinity.

Therefore, there are 35 drinking troughs in the urban space, activated in the warmest months of the year. The way to the nearest one can be easily found by every resident or tourist using a special city smartphone application.

Ljubljana is also known for having one of the best waste management systems among European capitals and for its “zero waste” approach. It recovers 100 percent of its organics and has the highest percentage of selectively collected waste. 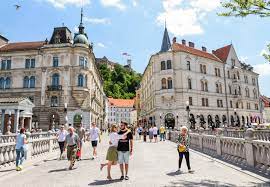 Although not long ago the official figure was 55 percent, the president of the municipal company Snaga, which deals with waste collection and management in Ljubljana, boasts in a report that in 2016 it was 66 percent. Segregation is facilitated by underground containers, of which there are currently 64 in the city.

They are freely available to the public, only to put bio-waste in them, one must have a special access card. The inhabitants could convince themselves at the end of 2014 that correct segregation pays off financially, when for good results the company… lowered their rates for waste collection.

Is it possible to clearly define the key to Ljubljana’s success?

When asked about it, Ljubljana’s mayor, Zoran Jankovic, says: Generally speaking, it’s important to have a clear vision and to stand by it. We must work towards our goals, but our goals must first and foremost take into account the interests of our citizens. Ljubljana also stresses in the report that the “European Green Capital” project did not just involve a handful of city officials, but all residents as well as visitors and partners. Inviting residents to co-create the space in which they live can already be safely called a trend in city management – also in Poland.